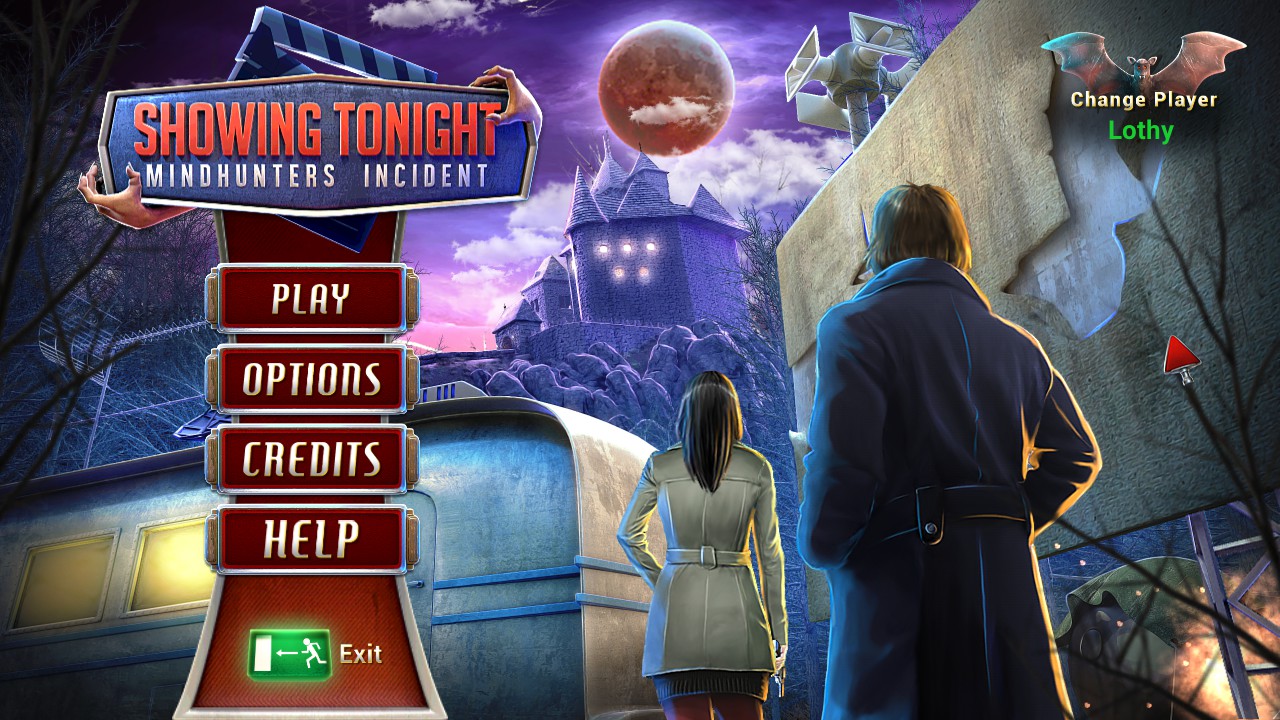 Showing Tonight: Mindhunters Incident is a Point and Click game with some Hidden Object scenes and undertones, created by Phime Studio. I say this is more a P&C game because really, there’s only about 3ish HoG scenes, the rest I wouldn’t consider to be exactly hidden object per se.

In this game you take the role of a man who falls asleep watching the movie “They Ate My Clapper”, and thus wakes up in this movie world, tasked with finding the missing crew. To be honest, while the story on paper sounds good, in game it was rather confusing. Alien artifacts, mind powers and mind control, horror? I’m not sure if it’s going for paranormal (which was my original assumption) or something else, and by the end of the game I’m still unsure of it.

The game has various chapters, all interconnected in locations (you’re not locked out of any of the areas), and a final bonus chapter which you can only access by completing the entire game. It’d be nice if they’d put an option to play the bonus chapter separately from the main story, and if they had asked/warned you about playing it instead of tossing you into it right after the main story’s finale, leaving you even more confused.

That said, and despite the occasional item appearing out of what I felt was thin air, the game was fairly logical. Meaning for most things you needed actual tools (a shovel for digging something up) rather than finding an oblique way to go about it.

The puzzles varied in complexity, some really easy, some much harder, some seemed to be more trial and error than anything, which was a bit disappointing. The main ‘thing’ of the game seemed to be the silhouette puzzles, in which you were to match an item with its silhouette via turning it around with arrows. It wasn’t too difficult, but after the first two or three times it lost its novelty and having to do them in nearly all the important puzzles got quite bothersome, to the point where some I just skipped to move along the story faster.

On the puzzles that require some note to complete, while you can’t hold the note up at the same time of the puzzle, accessing it is still easy and not as bothersome as in other HoG games. You also don’t have to wait to collect every piece of a puzzle before you put it in its place, which is quite nice.

My only real complaint was the jukebox puzzle, in which either I was missing something obvious or you weren’t really given a hint on when you were sort of heading in the right direction with it, which ended up making it quite frustrating for me. It was probably user error, but there you have it.

On the other hand, Mindhunters also had a couple mini-games which were fun to play. 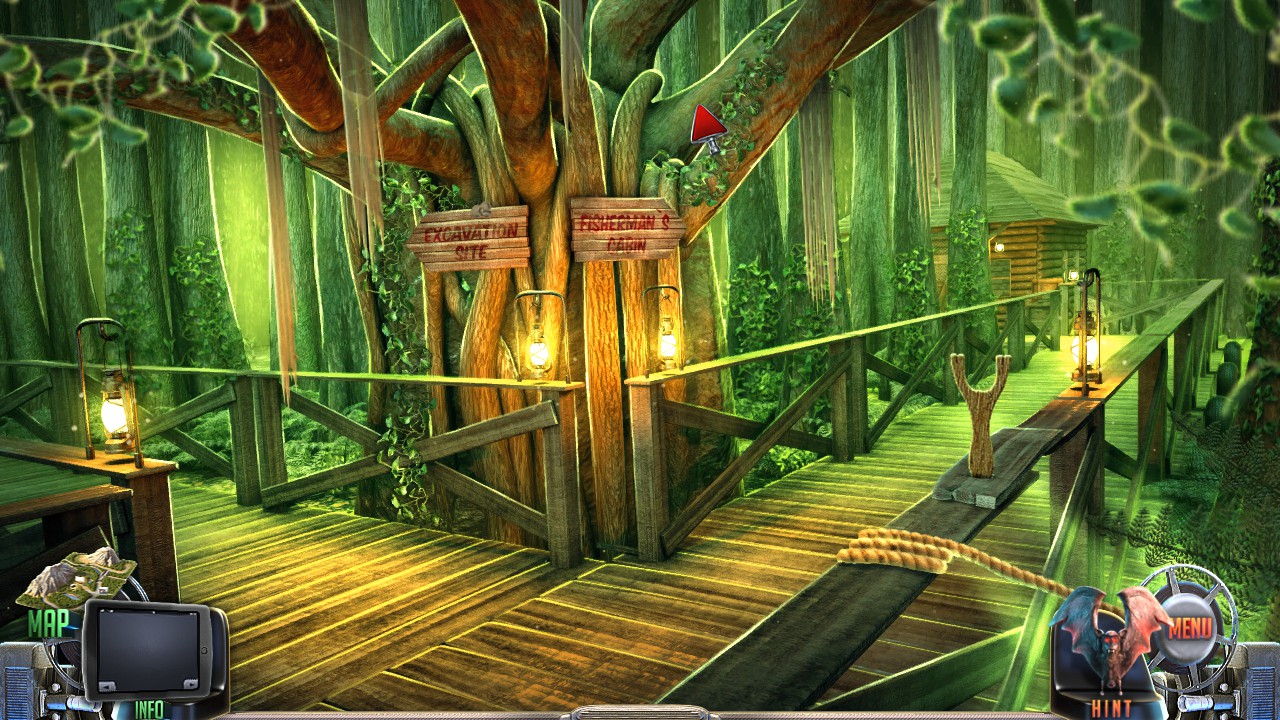 The sound effects and music can get a tad repetitive, but they’re relatively nice and seem to fit the game okay. The voice acting, however, left a lot to be desired, even if they aren’t precisely the worst I’ve heard.

The graphics are quite nice, particularly the detailed backgrounds; the animations aren’t too bad, even if they could be a bit more fluid. Some of the scenes could benefit from a bit more research on how things look – for instance the driving scenes in which you saw the people from the front inside the car.

I rather liked the quick travel map, even if I wished each section would have had its sub-sections as quick travel as well.

All in all, I quite enjoyed my playthrough and would certainly recommend it to HoG and adventure fans, even with the small downsides. I’ll be looking forward to see what else Phime comes up with in the future. 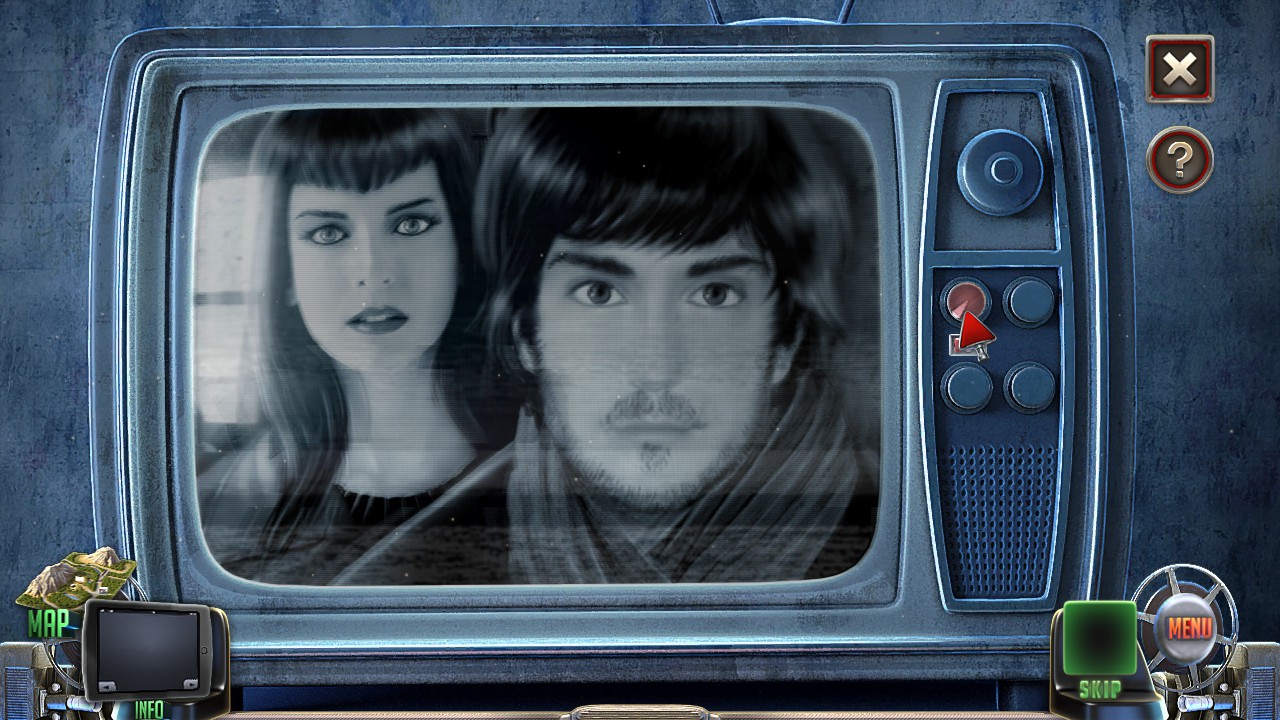 Karina's ReaderRank
Karina has reviewed 1053 books with an average rating of 3.007 out of 5.
101 people have found Karina's written reviews to be helpful on Goodreads.
See more...

Top 5% based on reading volume

Top 5% in books from small presses